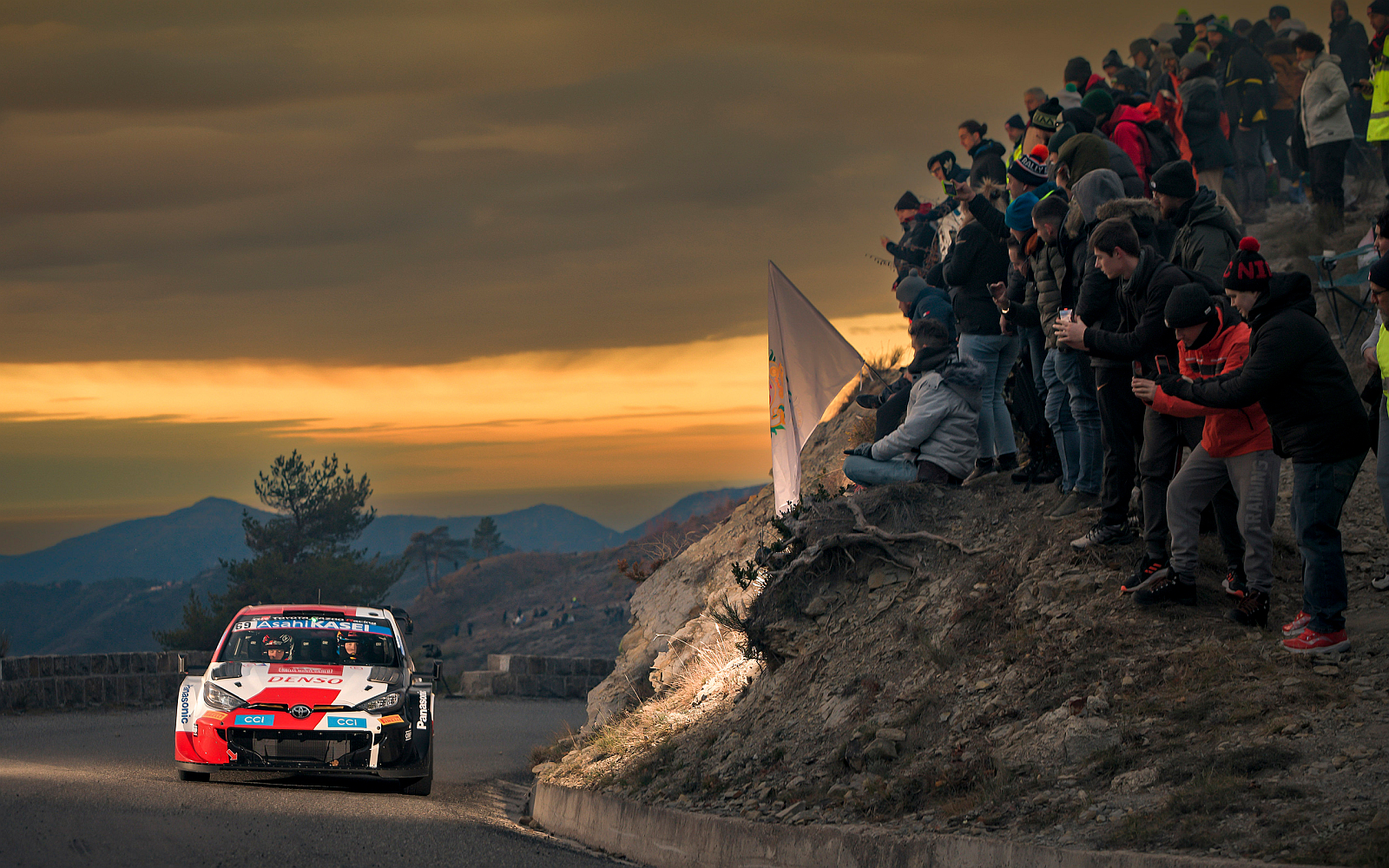 Toyota Gazoo Racing World Rally Team started the 2023 FIA World Rally Championship in fine style with a one-two finish on Rallye Monte-Carlo, with Sébastien Ogier claiming a record ninth victory on this legendary event ahead of team-mate Kalle Rovanperä. How did the team achieve this 2023 WRC result? 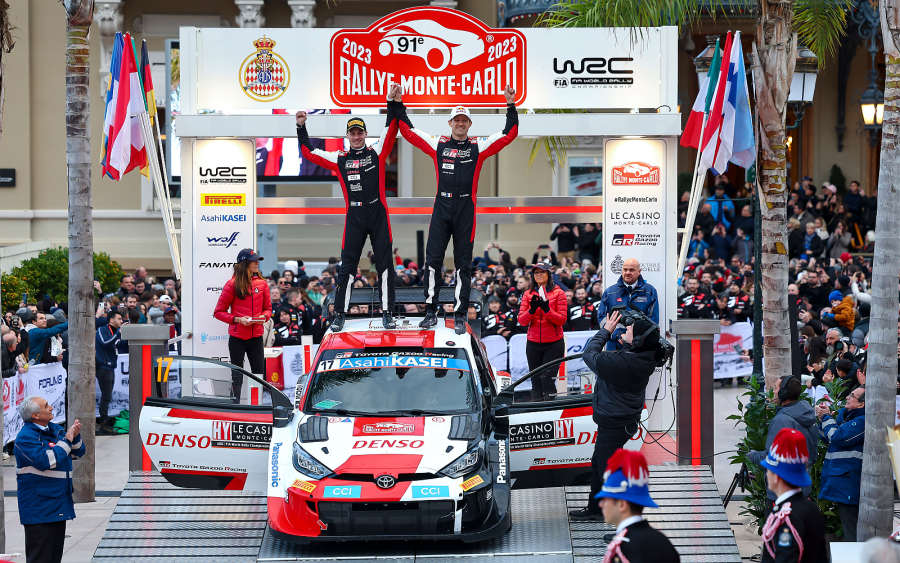 Did you know that Toyota has now won the Rallye Monte-Carlo five times in five different WRC models?

Mostly dry weather made Rallye Monte-Carlo more a test of outright performance than usual. With plenty of grip to play with, Ogier set the pace from the start with five consecutive stage wins, accumulating a lead of around half a minute by Friday lunchtime.

Whether in the hands of Ogier, Rovanperä or Evans, the GR Yaris Rally1 Hybrid set the fastest times in the first 11 stages of the season, by which point Ogier was focused on managing his lead. He carried an advantage of 16 seconds over Rovanperä into the final day, when he proceeded to claim his eighth and ninth stage wins of the weekend and finished up with a winning margin of 18.8s. 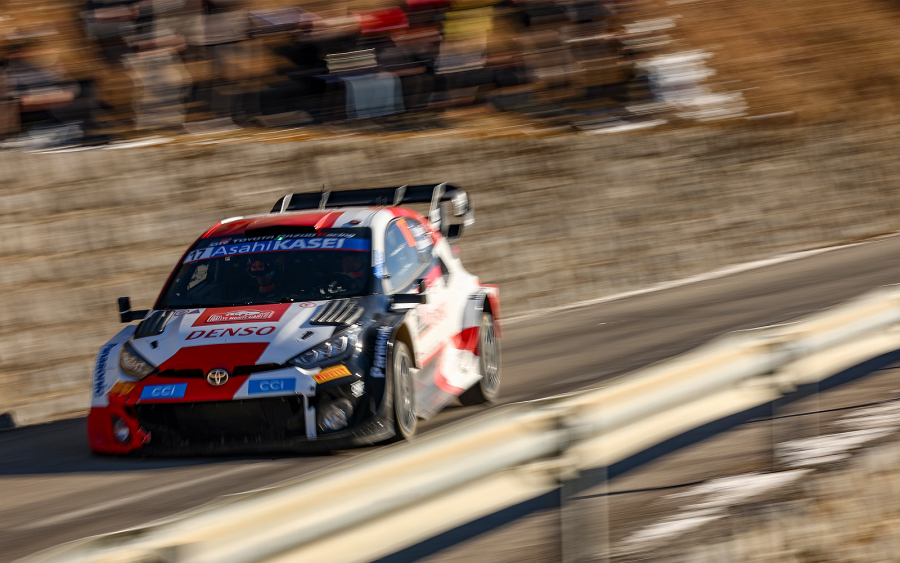 It’s important to remember that Ogier will only be contesting selected events in the 2023 WRC. So the securing of second place overall – as well as victory in the rally-ending Power Stage – represents an ideal start to Rovanperä and co-driver Jonne Halttunen’s defence of their first championship titles. Rovanperä grew in confidence and speed during the rally, taking a total of six stage wins on his way to a first Rallye Monte-Carlo podium. 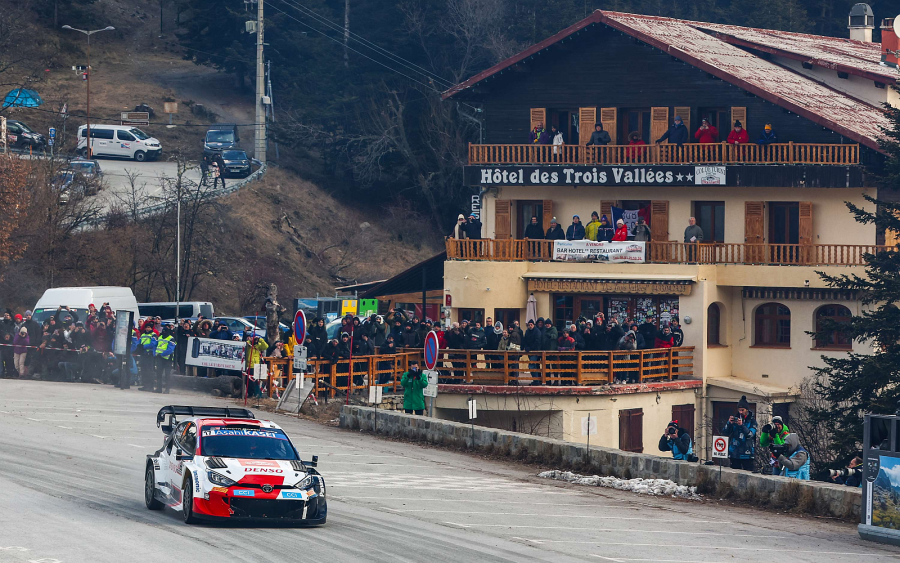 British driver Elfyn Evans displayed similarly strong pace throughout the weekend and was second to Ogier before losing around 40 seconds with a damaged tyre in stage five on Friday morning. Nevertheless, he and co-driver Scott Martin fought back to finish fourth, 27.8s from the podium despite a brief spin on Sunday morning. He was also third in the Power Stage to claim three additional bonus points. 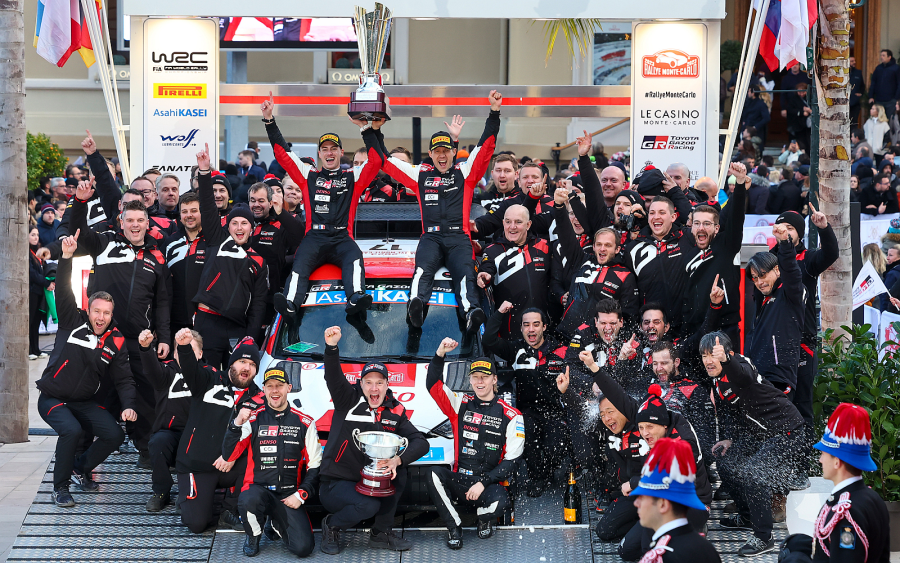 This WRC win represented Ogier’s 56th, but it was the first for up-and-coming co-driver Vincent Landais

Rally Sweden takes place on 9-12 February and is unique in being the only full winter event of the season. As it takes place entirely on snow and ice, metal studs will be inserted into the tyres to help them bite into the surface and allow for some of the highest speeds of the year.