The new Toyota Proace Electric medium-duty panel van adds a powerful new dimension to our light commercial vehicle range. The Toyota electric van not only represents our first zero emission, battery electric vehicle in the UK market but signals our ongoing commitment to the widespread application of electrification technologies across all forms of mobility. 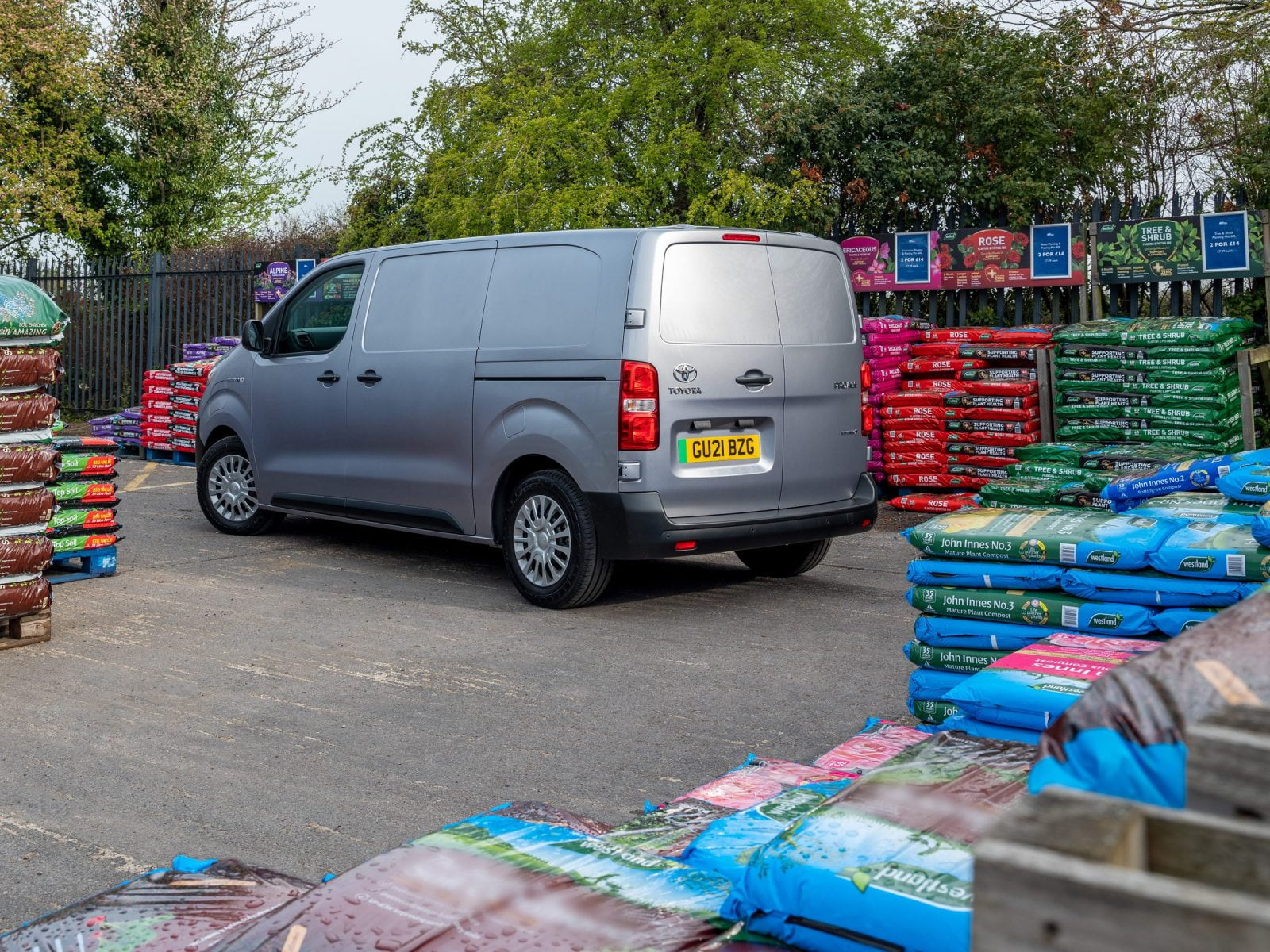 This new medium-duty, medium wheelbase panel van arrives as demand is accelerating for alternative fuel commercial vehicles. Low- and zero-emission zones are restricting the use of conventionally powered vans in urban environments; at the same time, e-commerce is generating more delivery traffic, further increasing the need for cleaner transport. 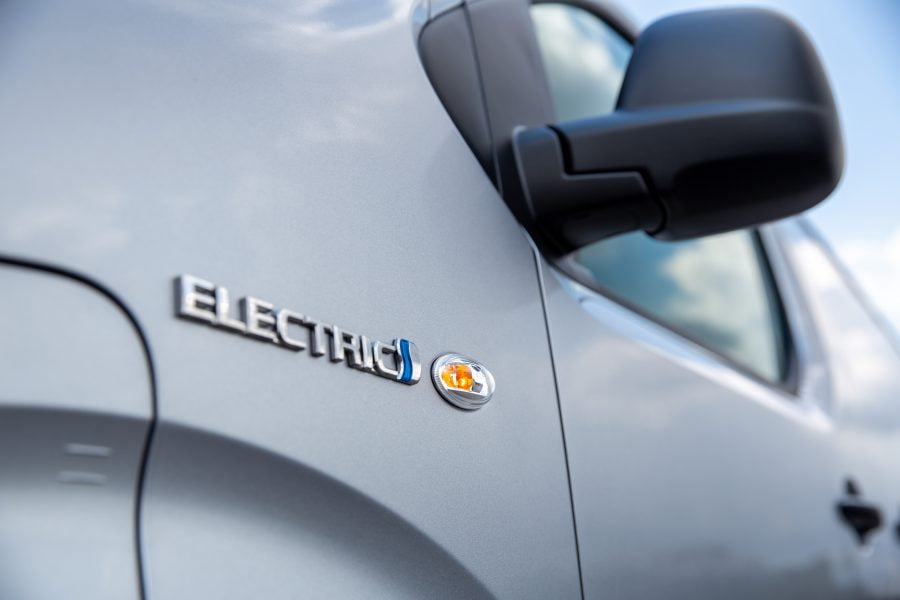 The new Toyota Proace Electric meets these needs with optimal power, performance and charging requirements, while meeting the same quality and load-carrying practicality of its diesel-powered equivalent.

The Proace Electric can be specified with either a 50kWh or 75kWh battery pack, both of which power a front-mounted 134bhp electric motor to drive the front wheels. The smaller pack consists of 18 modules and weighs 383kg to give a WLTP driving range of up to 142 miles. The larger pack has 27 modules and weighs 534kg but can travel up to 205 miles on a full charge. Both batteries have an eight-year or 100,000-mile warranty.

Based on the fact that European drivers (including UK van drivers) typically cover around 28 miles in a working day, the Proace Electric should not require daily charging. However, all models come with separate Type 2 cables for single-phase charging through a home socket or 32A wall box system, though an optional 11kW on-board charger can be specified for fast-charging through a 11kW tri-phase wall box. A 100kW rapid charger can deliver an 80% charge in either 32 minutes (50kW battery) or 48 minutes (75kW battery).

By locating the battery beneath the vehicle floor, the stability and rigidity of the Proace Electric has actually been enhanced and there is no impact on load capacity. 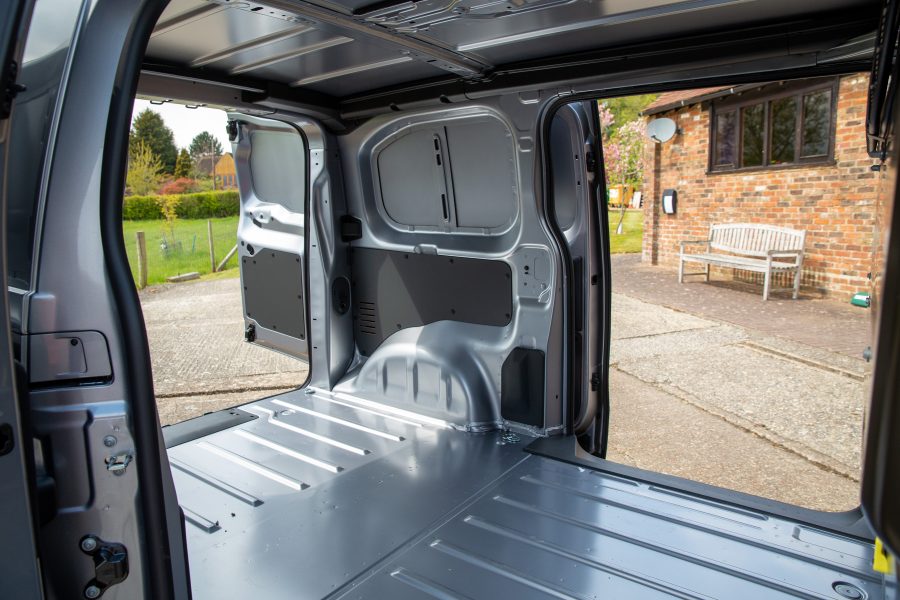 This Toyota electric van is 4,959mm long with a 3,275mm wheelbase and has a load capacity of 5.8 cubic metres. The side and rear door openings are wide enough to load standard-size Euro panels and it is possible to carry items up to 3,674mm long through the ingenious Smart Cargo system. 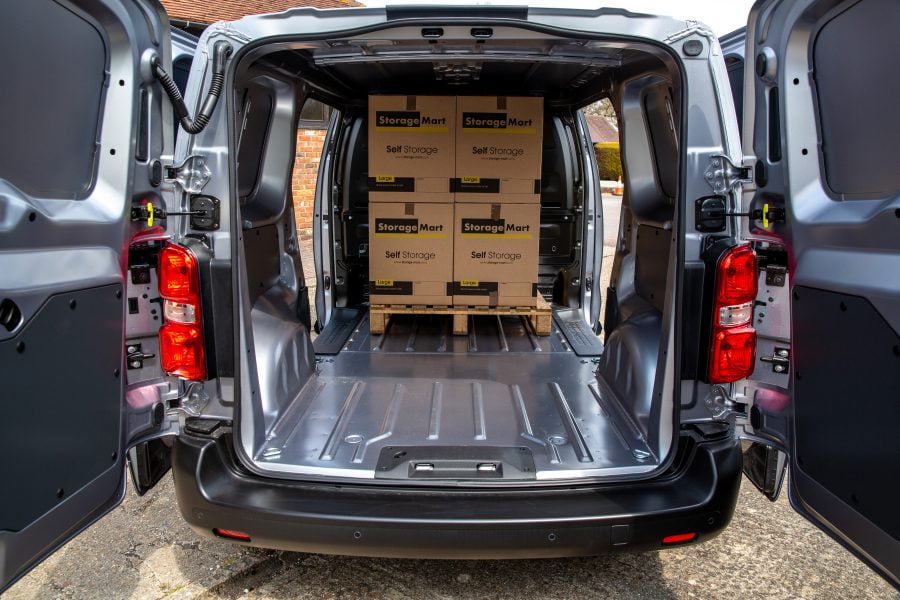 Similarly, the payload and towing capacity of this Toyota electric van are at best-in-class levels. The 75kW model can carry a one tonne payload, while thanks to its lighter battery the 50kW model can accommodate up to 1.266 tonnes. Braked trailers up to one tonne can be towed with up to 50% payload inside the van.

The new Proace Electric is available in a single Icon model grade with optimised specification that covers the majority of user requirements (see specification panel below). 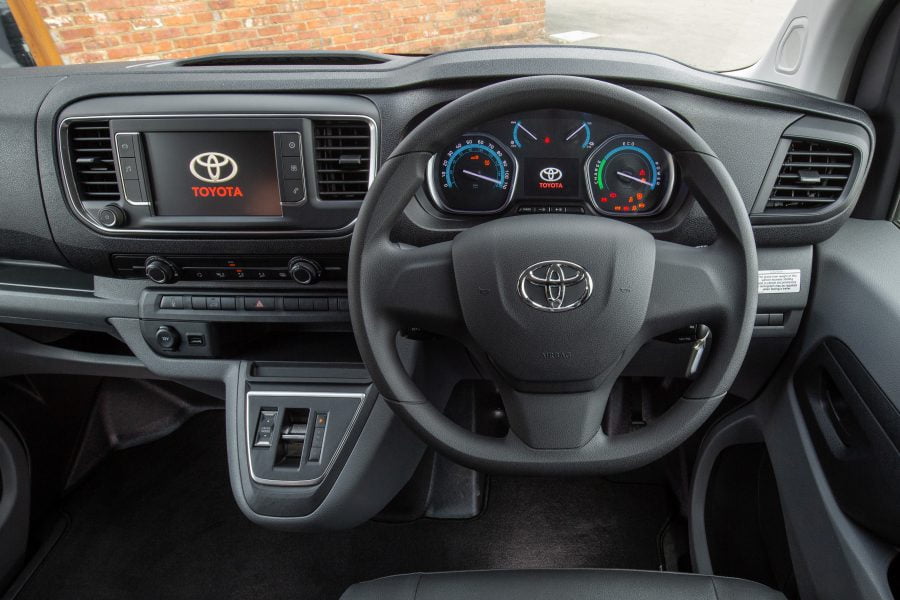 Drive controls are located on the centre console in the area where the gear shifter would normally reside. An e-toggle allows the driver to switch between Drive, Neutral and Reverse, while separate ‘B’ and ‘P’ buttons activate regenerative braking and the electronic parking brake respectively. On the other side of the e-toggle is a selector that scrolls between Eco, Normal and Power drive modes – each of which has a unique power and torque setting. 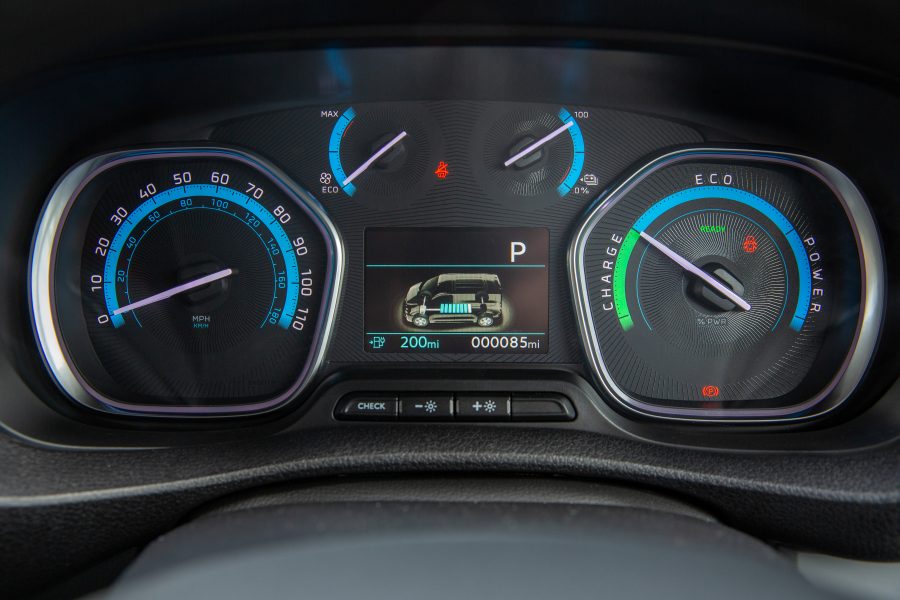 EV-specific instrumentation is found within the driver’s binnacle and 3.5-inch colour multi-information display. This includes an EV system indicator divided into Charge, Eco and Power sections, and a real-time indication of energy flow, battery charge level and remaining driving range.

The Toyota electric van’s charging port is located on the nearside front wing behind a hinged flap. When a cable is plugged in, intuitive lighting is used to indicate charging status: white for stand-by mode, flashing green for charging in progress, constant green for fully charged, blue for a programmed charging function, and red to warn of an error. 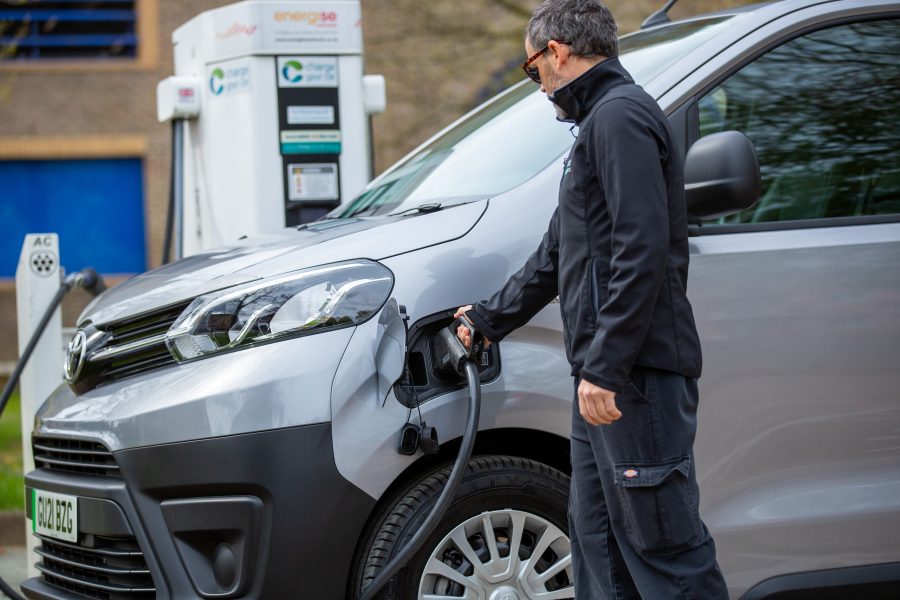 Toyota Professional: Where is my nearest centre?