Sometimes, there’s no greater reason for doing something than ‘For the hell of it’, and that’s exactly what Toyota GB’s PR and Social department thought in 1997, when we turned an example of the sensible six-seater Toyota Picnic MPV into the barnstorming Picnic Sport Turbo. 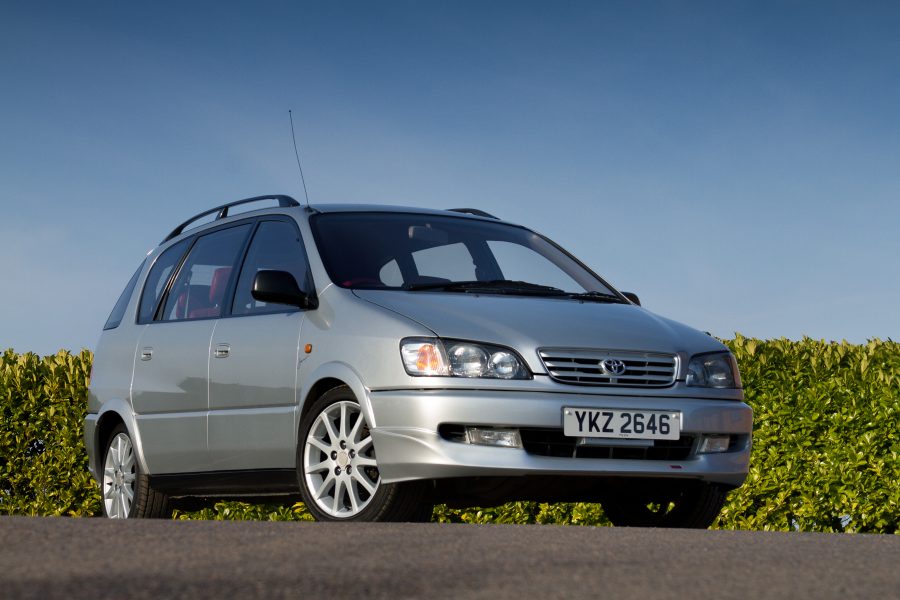 How did the Picnic Sport Turbo come to be?

For the first year of its life, the Picnic was the company car of John Brooks, who was Toyota GB’s press fleet administrator at the time. When the time came to hand the car back, a decision was taken not to sell the Picnic off, but to instead spice it up. 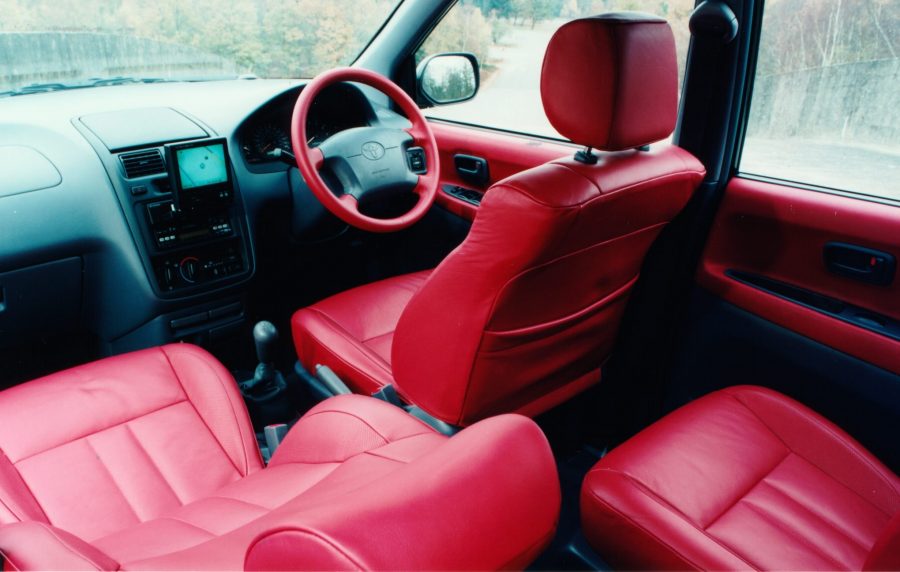 Following a briefing, the car was handed to the technical experts at our press workshop.

What modifications did the Picnic Sport Turbo possess?

The standard engine was replaced with the 3S-GTE engine from the legendary second-generation Toyota MR2 Turbo. In the Picnic, this turbocharged 2.0-litre, four-cylinder unit put out 210bhp at 6000 rpm and boasted 305Nm of torque at 4000rpm, increasing the Picnic’s top speed to 120mph and slashing the 0-62mph time by 3.7 seconds to 7.5 seconds. 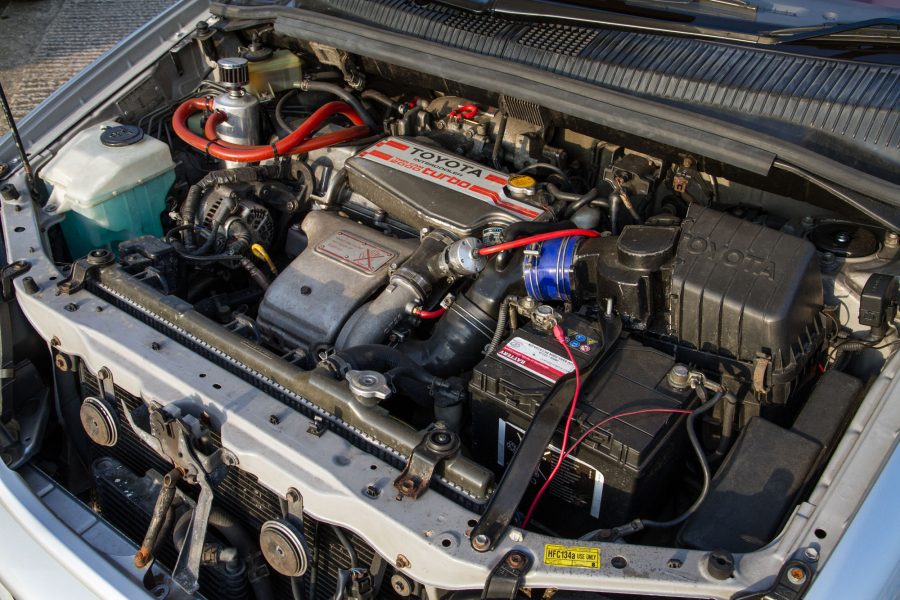 For a sportier driving experience, the suspension was lowered and the 17-inch, five-spoke alloy wheels from the Toyota Camry V6 Sport were added under flared arches. Official Toyota Team Europe (TTE) front skirts appeared at the front, while at the rear a sports exhaust was added for a throatier note. The car’s front-wheel-drive layout was retained.

Inside, the grey patterned cloth seats were re-trimmed in high-grade red leather by Connolly, a well-known coach builder at the time – ‘Sport’ was stitched into the seat faces and the door cards and steering wheel were also trimmed in the same material. The dash remained standard, save for a boost gauge and Toyota Team Europe (TTE) stickers.

What happened to the Picnic Sport Turbo next?

For the next few years, the Picnic Sport Turbo remained on the Toyota GB heritage fleet, often popping up at events and product launches – in 1999 the car served as a support vehicle on the launch of the first-generation Lexus IS 200 – and was available for loans to the British motoring press. 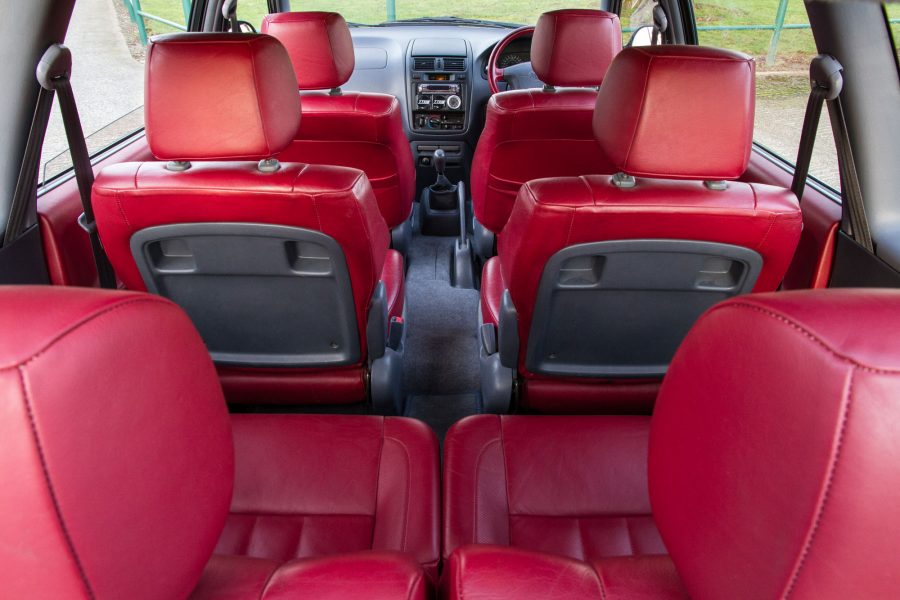 Soon after, the car was sold to an Irish dealer who used it as a support car for a number of local rallies. During this time, the car suffered a broken piston as the turbo was stuck on full boost and sadly lost the beautiful alloy wheels from the rare Camry Sport.

All was not lost. In 2012, a member of Toyota staff spotted the car up for sale, and PR and Social Media General Manager, Scott Brownlee – who originally came up with the concept of the Picnic Sport Turbo – insisted that it be returned to the heritage fleet.

After the technical team repaired the broken piston and gave the car a thorough valet, it was officially returned to the heritage fleet, where it remained for another three years. 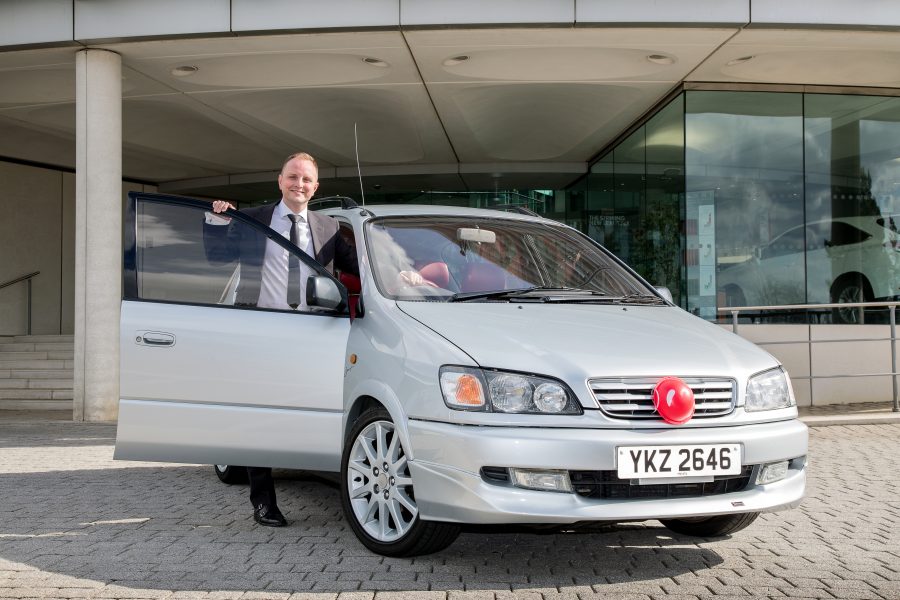 Then in 2015 it was sold in a charity auction which raised money for Comic Relief’s Red Nose Day, of which Toyota was an official partner. The auction was won by John Crisp (pictured above) from Woodford Green in Essex. John, who is now Aftersales Director at Hills Motor Group, told the Toyota UK Magazine at the time that he planned to use the car for family trips, true to Picnic’s original purpose.

Further reading: Toyota sports cars past and present head for the Welsh hills

MyT app: Five ways it can improve your Toyota experience