Want to know how the Toyota Gazoo Racing World Rally Team is doing during the 2021 WRC season? Then this is where you need to be. We’ll update this page with the results after every event throughout the season.

The TGR World Rally Team claimed another one-two finish in a thrilling conclusion to the first Croatia Rally, the third round of the WRC 2021 season. In a final-stage decider that went right down to the last metres, Sébastien Ogier and Julien Ingrassia claimed victory by just 0.6 seconds over their teammates Elfyn Evans and Scott Martin in one of the closest finishes the championship has seen.

Just 10.4s covered the top three cars going into Sunday’s final day, with Ogier 6.9s ahead of Evans. In the opening two stages, Evans was the fastest driver and took the lead from Ogier – who had earlier been involved in a traffic incident on a road section. His car was able to continue, albeit with damage to the right-side door and aerodynamics. 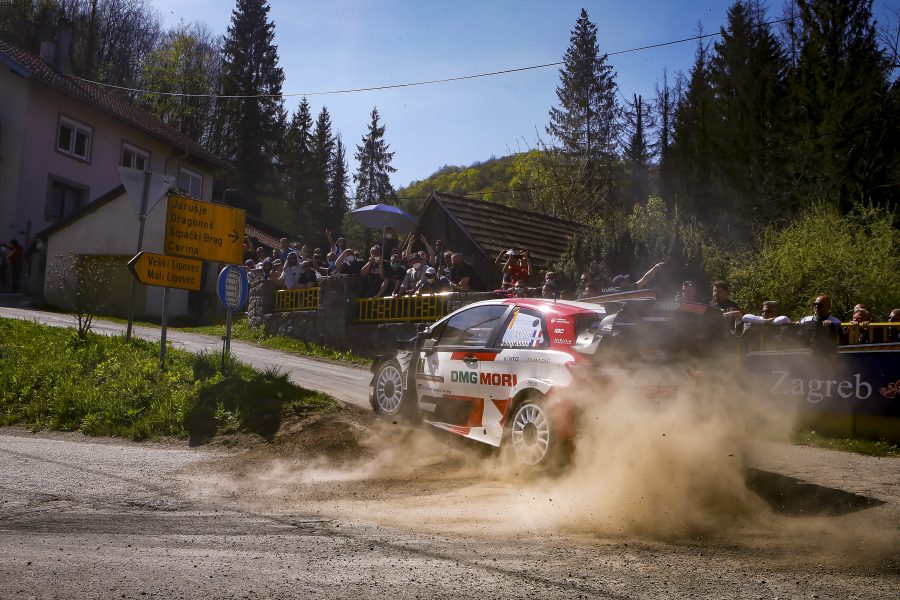 Evans and Ogier began the deciding Power Stage separated by 3.9s and both needing to push to secure a one-two result, there being only a narrow margin back to third place. Ultimately, Ogier was fastest through the stage and claimed the victory, with Evans 4.5s slower after running wide.

With a maximum points haul, Ogier moves back to the top of the drivers’ standings and the team extends its lead in the manfuacturers’ championship to 27 points.

Takamoto Katsuta claimed his third consecutive sixth-place finish in the Toyota Yaris WRC he drives as part of the TGR WRC Challenge Program, having impressed with his pace and two stage wins on Saturday alongside co-driver Dan Barritt.

Kalle Rovanperä has become the youngest ever driver to lead the FIA World Rally Championship standings after finishing in a strong second place on home ground at Arctic Rally Finland, securing the position with the fastest time on the Power Stage in his Toyota Yaris WRC. 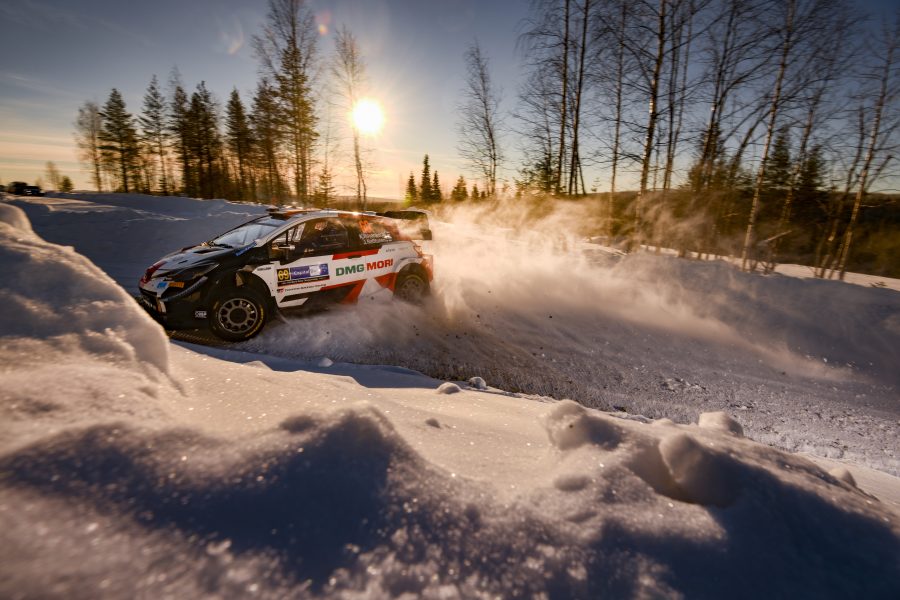 On the rally-ending Power Stage, Rovanperä achieved the best time by 0.3s, securing second overall by 2.3s – the best result of his WRC career to-date. He now leads the championship for the first time in his career by four points over his nearest rival. 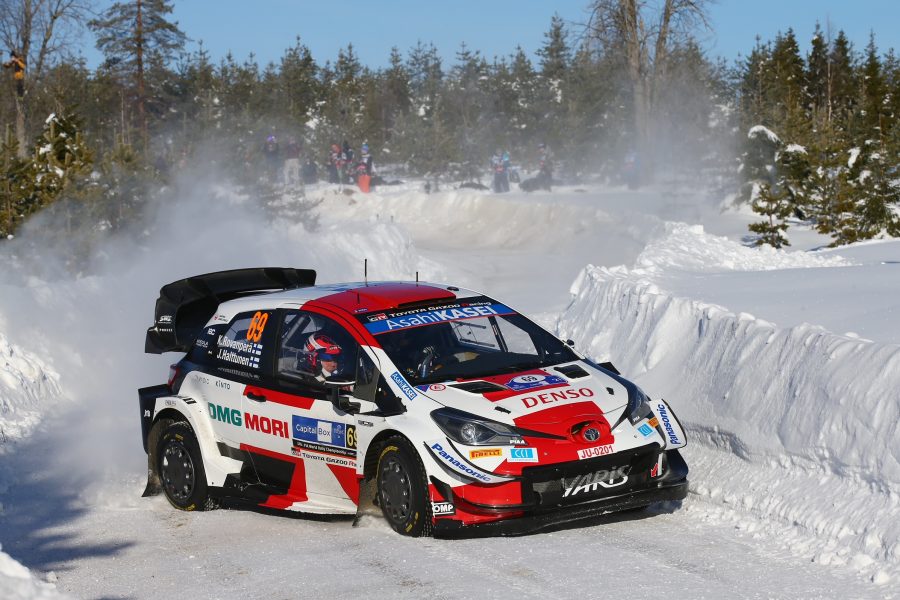 Elfyn Evans finished in fifth position and is now joint third in the championship with his team-mate Sébastien Ogier, who finished in 20th position.

Round one: Rallye Monte Carlo

Sébastien Ogier and co-driver Julien Ingrassia scored their 50th WRC win at Monte Carlo, after trading the lead early on with their Toyota Yaris WRC team-mates. With Elfyn Evans finishing runner-up, the one-two finish marks the first time that the Toyota Gazoo Racing World Rally Team has won the championship’s most prestigious event, having made the podium every year since 2017. It is the fourth Rallye Monte-Carlo win in Toyota’s history, coming on the 30th anniversary of its maiden victory in 1991. 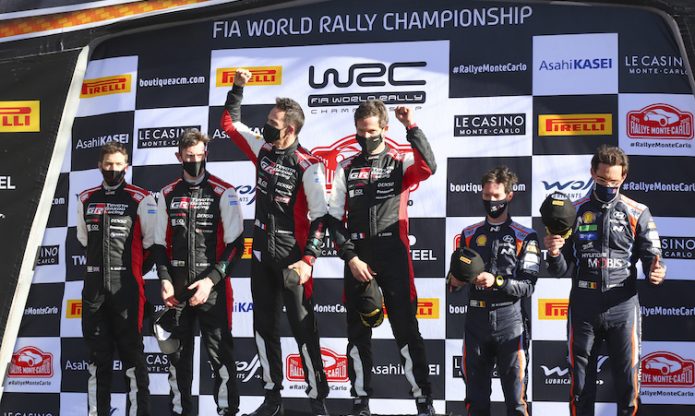 The Toyota team led the rally from the third stage early on Friday morning, with Rovanperä, Ogier and then Evans all taking turns in the lead over the course of the rally’s longest day. On his home event, Ogier claimed back the lead with a storming stage win on Saturday’s first test. He took a 13-second advantage over Evans into the final day, when he won three of the four stages – including the rally-ending Power Stage – to begin the defence of his title in style. 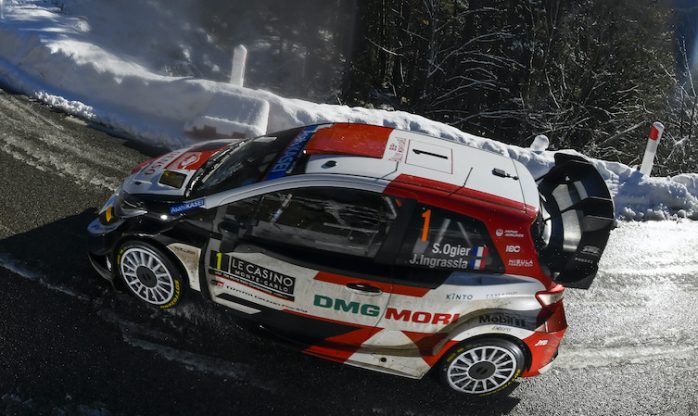 With second place Evans also makes a strong start to his championship campaign, while Kalle Rovanperä came home fourth, just missing out on the top three due to tyre damage. 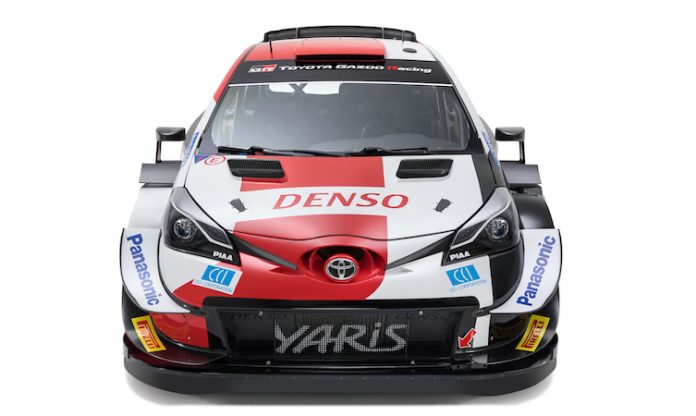 The WRC 2021 season sees new changes to the Toyota Gazoo Racing WRC team with the debut of a new livery for the Toyota Yaris WRC So far, the car has achieved 17 victories in the WRC (winning over one-third of the events it has taken part in) and 322 stage wins. After the manufacturers’ title of 2018, it has been taken to back-to-back drivers’ and co-drivers’ crowns in 2019 and 2020. In 2021, the team’s aim is to secure the full set of championship titles. 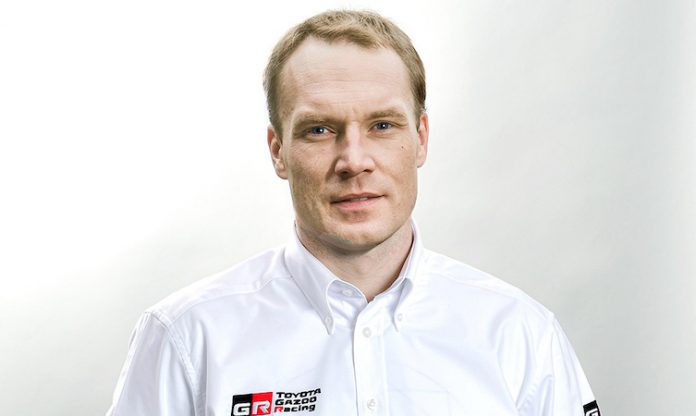 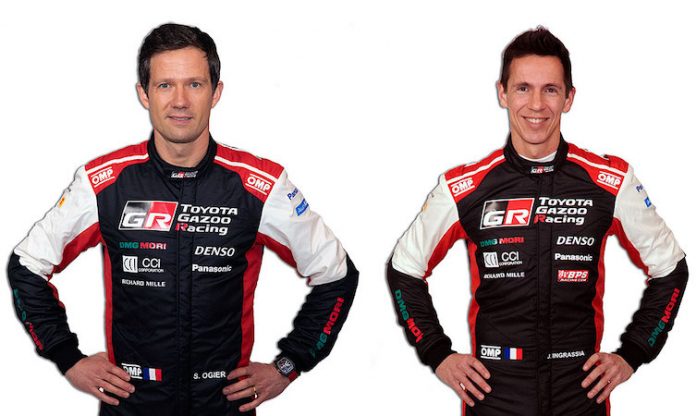 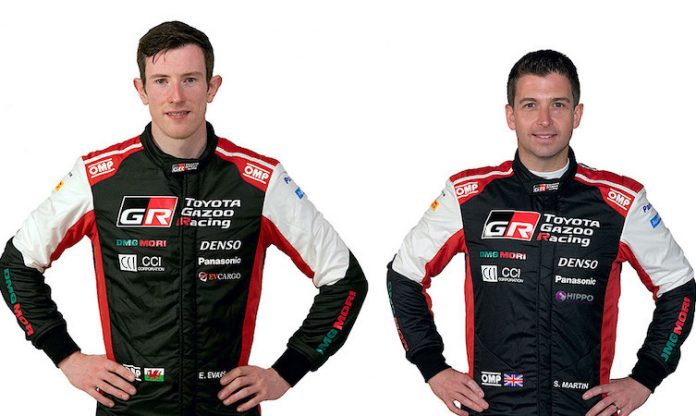 Kalle Rovanperä and Jonne Halttunen will look to build upon their promising rookie campaign, in which they finished fifth in the championship. 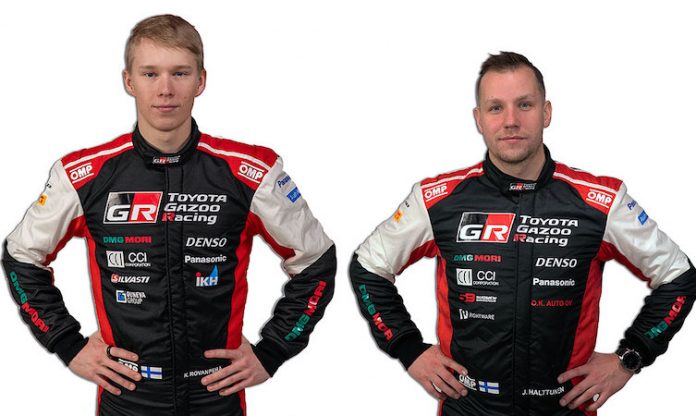 Car Valuations – What Impacts the Worth of Your Car?