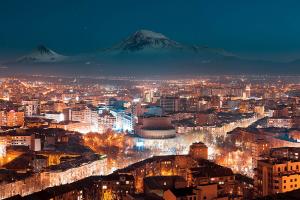 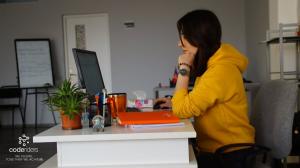 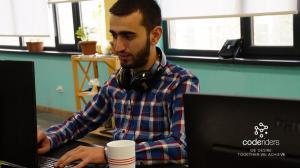 We desire, together we achieve!”

YEREVAN, ARMENIA, March 26, 2021 /EINPresswire.com/ — Software development outsourcing has been stepping up into the game for years now as an effective substitute for an IT team.

Recent interesting facts were released why so many countries that have high developer salaries and talent shortage choose Armenia as their next software outsourcing destination. Before finding out the most beneficial reasons for choosing Armenia as your next software outsourcing destination, let’s find out what’s offshore software development and how companies benefit from hiring a custom software development firm?

Why Should I Outsource My Software Development Needs to Armenian Software Outsourcing Companies?

Armenia is a small, landlocked country in the Caucasus-Caspian region. The country falls under UTC+4 (AMT) time zone. The country’s history dates back to the 9th century BC. Yerevan is the capital and the largest city of Armenia. The population is about 3 million people. Armenia’s official language is Armenian. Other widely spread and popular languages include Russian and English. Ethnic Armenians form 98% of the overall population.

Throughout the past several years, the Armenian tech sector retains 27% + consistent annual growth. In 2017 the turnover of the country’s IT sector formed up to 7% of its GDP. Various international IT companies open their branches in Armenia for quality and cost-saving reasons.

According to a Silicon Valley pre-seed venture capital fund, SmartGate’s overview of the Armenian tech sector, “Today Armenia’s tech is a hyper-growing industry with a massive shift from outsourcing to product creation, a generation of mature engineers who have 5+ years of experience working on cutting edge projects in multinational tech corporations and Silicon Valley startups, and rapidly growing demand for senior talent in engineering and tech business development, which can’t be met in the short to mid-term internally or through local educational institutions.”

As Armenia’s tech sector is still undergoing constant changes and developments, the industry rates are still quite low compared to service quality. So, unlike other well-known countries that pay lucrative wages to their developers, in Armenia, the developer salaries are much lower.

Let’s take “the PHP salary” example and draw comparisons between the following countries and Armenia.

USA: According to Indeed reports, the average salary of a PHP developer in the United States is $88.431 per year as well as a yearly $3000 cash bonus. In the meantime, to stay competitive with the other firms in the field, the companies should at least include some of such popular benefits as:

Canada: According to talent.com, the average salary of a PHP developer in Canada is $90.000 yearly again without additional privileges. Here you can also find the numbers per region, such as:

Quebec – $80.000/year
Australia: In Australia, the yearly wages of PHP developers vary from approximately $91.000 to $110.000 forming an average result of $97.945 per year. The top highest paying cities in Australia include the capital, Melbourne, Sydney, Brisbane, etc.

These numbers are mentioned for a medium-level developer without other work-related complimentary services, and privileges. As an alternative to such higher wages and demanding conditions, you can hire a dedicated software developer from top software development companies in Armenia, and you’ll most likely pay an annual wage of $38.000 to $59.000 without additional expenditure. For further information, I suggest getting in touch with team CodeRiders.

2. IT industry in Armenia is under special state sponsorship

● 71.8% of Armenia’s population uses the internet. Mobile 3G covers almost 90% of the country following 4G and 4G+ services that are available in large cities.

● The company’s paid capital can be as low as 1$

● Compliance requirements are brought to a minimum

3. IT sector is under special attention and support in Armenia with millions of opportunities for students

Software developer quality in Armenia is at a high stake as various governmental and subvention programs are being implemented to make tech education highly available to everyone. Armenia is also among one of the fewest countries in the world that has a free IT-oriented public school that provides software development and hardware classes to mid-school and high school students. TUMO Center of Creative Technologies is a public tech and design school for all the teens that want to learn technology. It has branches around the country and in the world.

8. IP and data protection laws are supported and put into action

International IP enforcement guidelines are adopted by the Armenian government including those by WIPO (World Intellectual Property Organization). International copyright, trade secrets, know-how, confidential information, trademarks, data protection laws on IP have already been adopted and enforced in the country.

To sum up, when selecting an appropriate software development house, we highly recommend considering Armenia as a possible software outsourcing destination. The country is becoming the world’s next tech hub and you’ll get many profits throughout this development cycle.